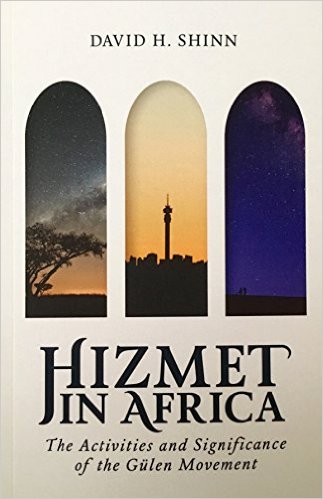 The Activities and Significance of the Gülen Movement is the only book-length work that analyzes the multifaceted activities in Africa of the followers of Turkish Islamic scholar Fethullah Gülen, who has lived in exile in rural Pennsylvania since 1999. In 2008, Foreign Policy magazine named Gülen as the world’s top public intellectual. Gülen and the followers of his philosophy refer to the Movement as Hizmet or “volunteers service” while others tend to call it the Gülen Movement. The book includes Hizmet in both North Africa and Sub-Sahara Africa.

There are more than 100 Gülen-inspired primary, middle and secondary schools in Africa and the number is growing. Some African cities have a Gülen-affiliated dialogue or interfaith center and organization of businessmen who follow Gülen’s principles. There is a global charitable organization—Kimse Yok Mu—that has extensive operations in Africa. The Gülen-affiliated media empire based in Turkey and New Jersey now reaches out to Africa. Gülen-inspired projects include a university in Nigeria, the largest mosque in the southern hemisphere in South Africa, a hospital in Somalia, and student dormitories in Morocco.

This Movement did not exist in Africa twenty years ago. Relatively few Africans and outsiders are aware of its activities in Africa. The schools, for example, are often known as Turkish schools. Few people understand they are linked to Hizmet or the Gülen Movement. The book documents Hizmet activity based on visits in 2012 and 2013 to South Africa, Tanzania, Kenya, Ethiopia, Nigeria, Senegal, Morocco, and Turkey and meetings with a wide range of Hizmet representatives working in other countries in Africa. It also draws on journalistic reports of Hizmet activity and that which has been published in academic books, journals, and papers. The book analyzes the significance of the Movement for both Turkey and Africa and explores the link between the Movement and Turkish business persons, who provide most of the funding.