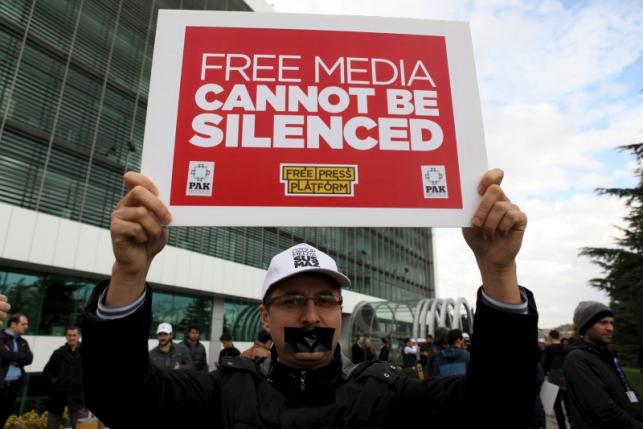 NEW YORK, March 4, 2016 – The Turkish government’s seizure of Zaman, the largest-selling newspaper in Turkey, is an attack on the country’s human rights, civil society and freedom of expression and the media. In his effort to consolidate power and silence all dissent, president Recep Tayyip Erdoğan’s actions only serve to highlight his growing authoritarian tendencies.

“Led by Erdoğan, Turkey is descending steadily toward a regime of repression and dictatorship,” said Alp Aslandogan, Executive Director of Alliance for Shared Values, a nonprofit dedicated to promoting interfaith dialogue, religious tolerance and education. “We urge all parties concerned with preserving press freedom and human rights to condemn Erdoğan’s actions and pressure him using all available means to return Zaman to its rightful owners, editors and staff.”

This is not the first time Erdoğan has sought to crush all opposition and dissent. Last October, the government seized critical media institutions Bugun and Kanaltürk, only to repurpose the outlets into sources of pro-government propaganda. Numerous journalists have been fired or jailed simply for criticizing the government or reporting on allegations of official corruption. Tellingly, the government has opened nearly 2,000 cases against Turkish citizens on allegations of “insulting the president.”

“The media’s ability to operate freely and without fear of retribution from the government is even more critical because Zaman is one of the few Turkish outlets reporting on abuses occurring in the country, such as human rights abuses committed against the Kurdish citizens in southeastern Turkey,” added Aslandogan.

The Cumhuriyet newspaper’s Editor-in-Chief, Can Dündar, and Ankara Bureau Chief, Erdem Gül, were jailed for three months and released only after an appeal to the Constitutional Court – whose ruling Erdoğan refused to acknowledge or respect. In addition, two judges who ordered the release of Hidayet Karaca, Director of Samanyolu Media Groups, were dismissed from their duties, arrested in April 2015 and remain in prison today.

In addition to Turkey’s shrinking space for democracy and press freedom, the seizure of Zaman explicitly violates the Turkish constitution. Article 30 states that, “A printing house and its annexes…shall not be seized, confiscated or barred from operation on the grounds of having been used in a crime.”

About Alliance for Shared Values

Alliance for Shared Values is a non-profit that serves as a voice for dialogue organizations affiliated with Hizmet in the U.S. (also known as Gulen movement). The Alliance serves as a central source of information on Fethullah Gulen and Hizmet. For more information, please visit www.afsv.org.