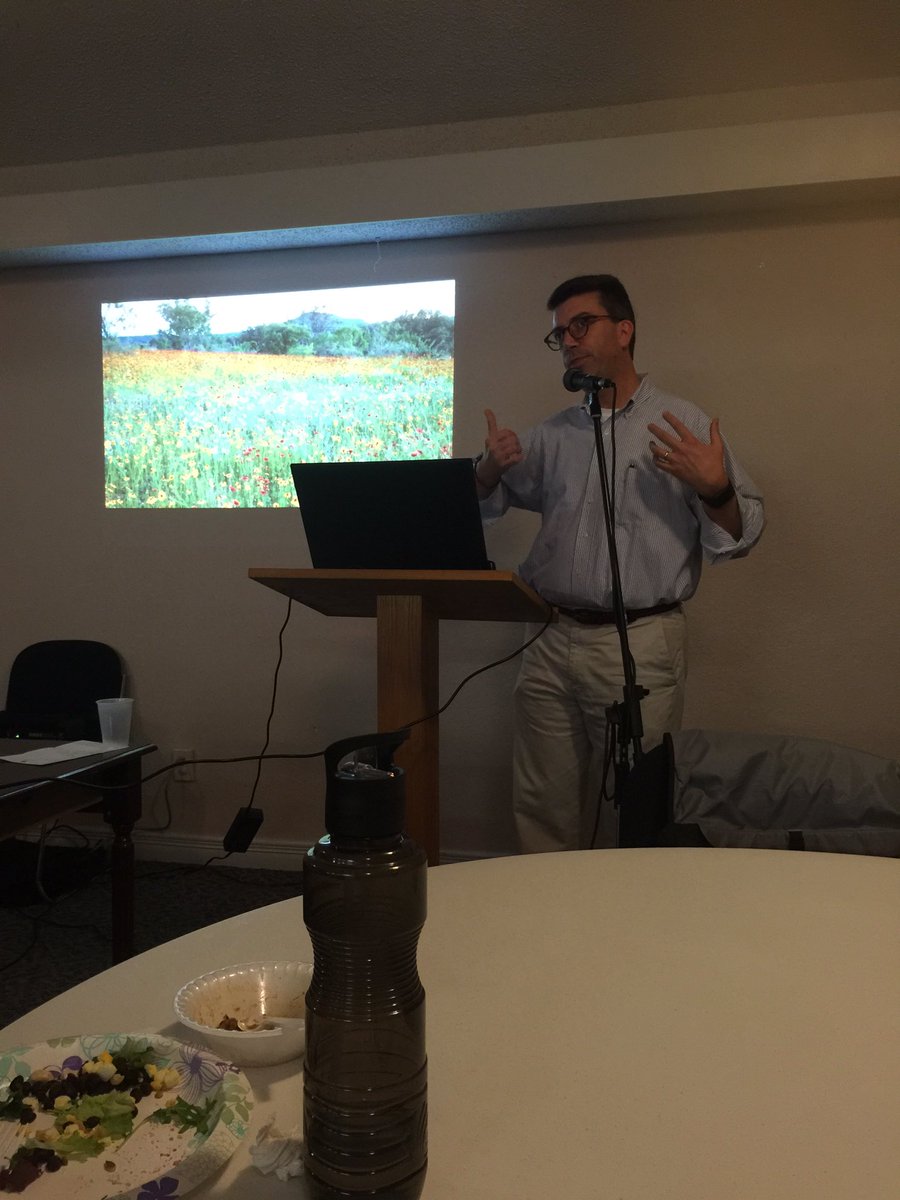 Dr. Bilgin and M.Div student J. Clarkson clearly presented Islamic and Christian perspectives on the topic of Environmental Care. Bilgin drew attention to some significant facts about environmental problems stemming from pollution. Also taking account for the meanings of the universe and the place of people in this world according to Islamic theology and philosophy, he suggested that human beings on Earth are responsible for taking care of their environment as representatives of God. Clarkson pointed out that the universe is a natural revelation of God, which introduces us our Creator. People are to make diligent effort to preserve this natural revelation, as they are expected to show meticulous care and respect for the divine revelation.

This event was part of this year’s Lenten Series – “Common Ground Amidst Our Faiths: Comparing Shared Values and Beliefs among Christianity and Islam”, co-hosted by Dialogue Institute of the Southwest, St. James’ Episcopal Church and St. George Episcopal Church. Following a shared meal, members of the three institutions had the opportunity to learn more about Christianity and Islam through presentations given by speakers of  both faiths for four weeks between February 17th and March 9th.