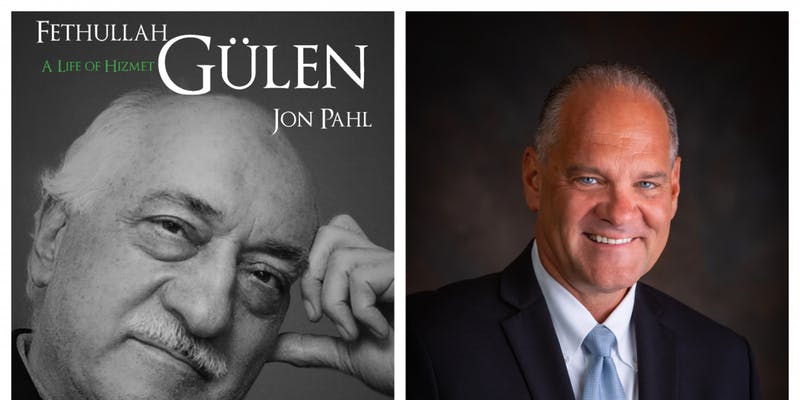 Dialogue Matters – A Discussion by Dr. Jon Pahl featuring the book “Gulen: A Life of Hizmet….”

You are cordially invited to attend Dr. Jon Pahl’s speech and book signing for his new book Fethullah Gulen: A Life of Hizmet – Why a Muslim Scholar in Pennsylvania Matters to the World.

In this first critical biography of Fethullah Gülen in English, historian Dr. Jon Pahl takes us on a journey where we discover wisdom and controversy, from 1940’s Turkey to the U.S. in the twenty-first century. Dr. Pahl tells the story of a pious Muslim boy from a tiny and remote Turkish village who on the one hand has inspired a global movement of millions of individuals dedicated to literacy, social enterprise, and inter-religious dialogue, but who on the other hand has been monitored by Turkish police, seen as a threat by autocrats, and recently declared number one enemy by the current Turkish government. With lively prose and extensive research, Dr. Pahl traces Fethullah Gülen’s life and thought in its contexts, states clearly his own positions, and then lets readers draw their own conclusions from the evidence about this undeniably significant historical figure.

Dr. Pahl weaves this fascinating life into a narrative marked by five key elements, patterns, or relationships in Gülen’s life: integrity of participation in the nonviolent practices of Islam; principled pluralism—manifest in a commitment to dialogue; engaged empathy—deep feeling for the suffering of the world, and willingness to engage on behalf of alleviating that suffering; a commitment to spiritual and scientific literacy; and an organizational model of social enterprise.

Dr. Pahl, a strong believer of religions as catalysts for peace, crafts through the story of Gülen and the Hizmet Movement an introduction to Islam for non-Muslim readers, for the questions he brings to Gülen’s life story are also the questions others bring to Islam more broadly.

Jon Pahl is a historian of religions, a public theologian, and an award-winning teacher, pastor, and community activist. He received his Ph.D. from the University of Chicago Divinity School. Dr. Pahl has spoken with audiences around the globe, in addition to his work with diverse community groups. Dr. Pahl is the author or editor of six books, including “Shopping Malls and Other Sacred Spaces: Putting God in Place” (Wipf and Stock) and “Empire of Sacrifice: The Religious Origins of American Violence” (NYU). He is working on a book with the title “A Coming Religious Peace.” 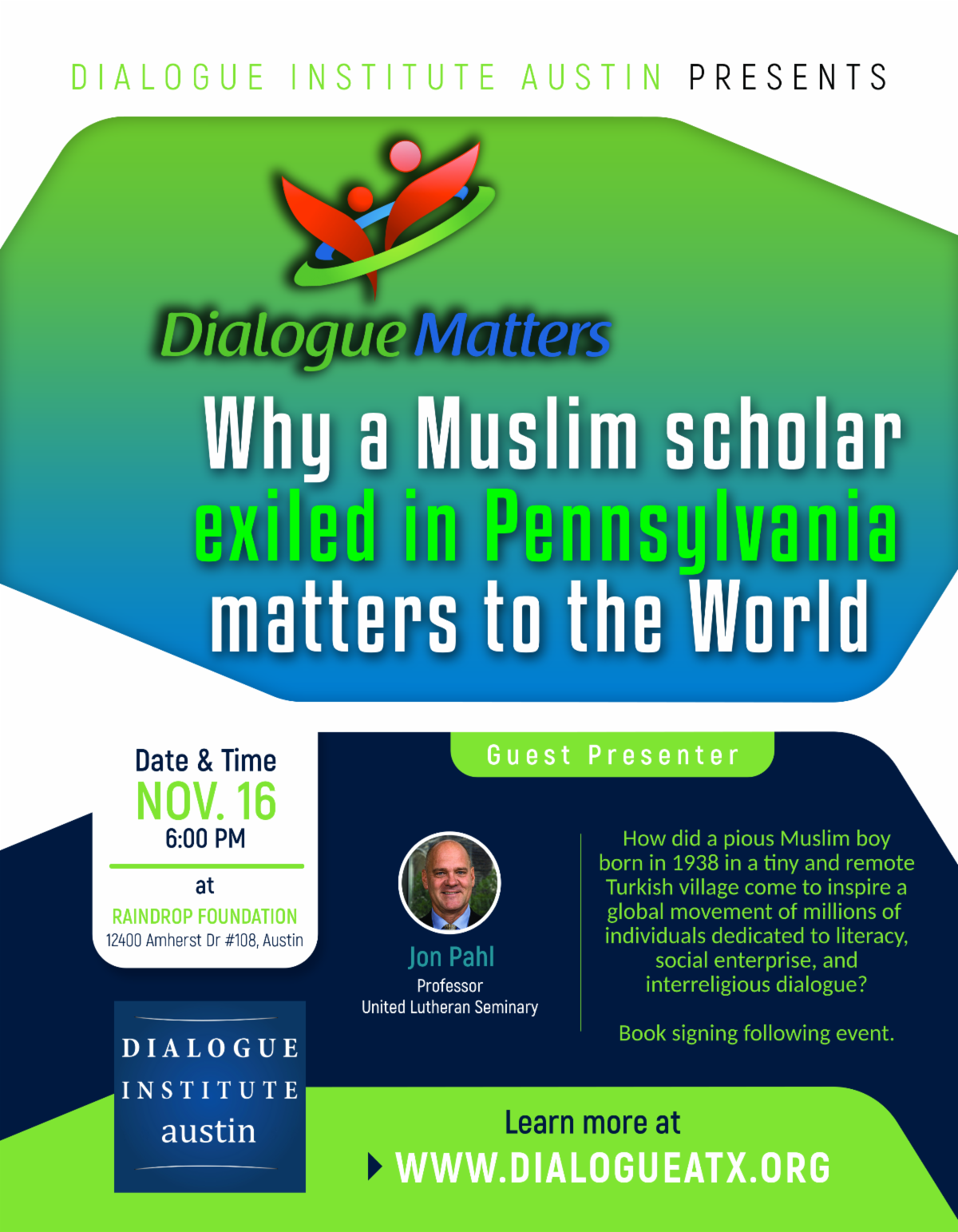