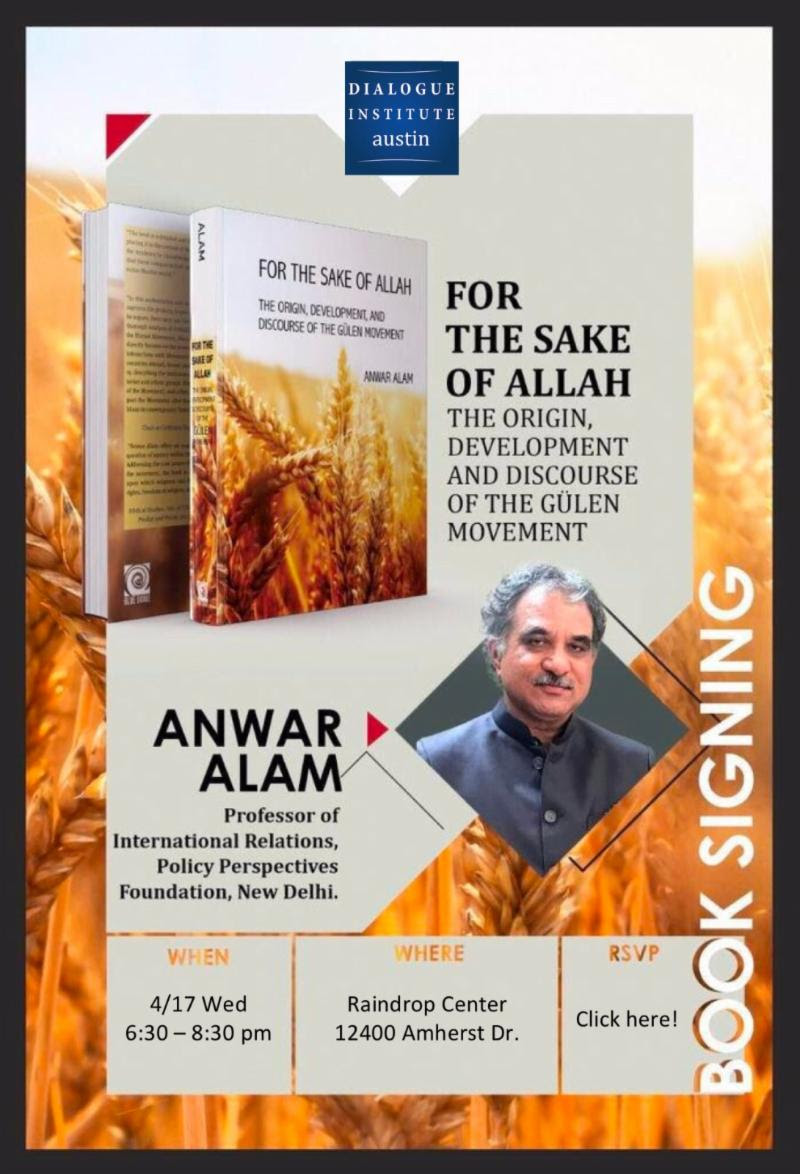 “For the Sake of Allah – The Origin, Development and Discourse of the Gülen Movement” Book Signing with Anwar Alam

For the Sake of Allah explores the Gülen Movement, also known as Hizmet, a religio-social movement inspired by Fethullah Gülen, one of the most prominent Islamic scholars of Turkish origin in the modern world. Notwithstanding the current purge of Hizmet under the Erdoğan regime, it is one of the most interesting faith-based movements to arise from a Muslim society in the twentieth century. Since the late 1960s, Hizmet has opened thousands of schools around the world and has also contributed to relief efforts in Turkey and abroad.

In this book, Anwar Alam shares a decade of research and field work based on the religious, educational, political, and social contexts that have shaped the essential dynamics of both Gülen and the Movement. At a time when the Gülen Movement has been primarily analyzed and debated through the “state prism” and “security discourse,” especially following the failed Turkish military coup of July 2016, this book takes a longue durée perspective and provides a holistic treatment of Hizmet as essentially a postmodern phenomenon.