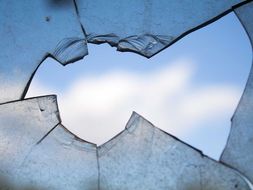 You are invited to view and experience:

What: A multi-media presentation of the events that took place throughout Germany on November 9-10, 1938. This multimedia exhibit will feature slides and music depicting the destruction from Kristallnacht as well as a timeline of the events of that time period in which Hitler rose to power. On a more positive note you will be able to experience the beautiful music from Medieval Spain where Muslims, Jews and Christians lived together peacefully over three centuries ago as you view Jewish, Muslim, and Christian religious items. All three faiths share their origins in Abraham.

Why: This event is an 80th Anniversary Remembrance and an opportunity to learn about the destruction that can result from hatred and intolerance.

Who: All are welcome. No admission charge. Free parking in St. Austin’s Parking Garage at 1912 San Antonio St. a short walk to and from the church.

What is Kristallnacht? The term “Kristallnacht” (Night of Broken Glass) refers to the organized anti-Jewish riots in Germany and Austria November 9-10, 1938. These riots marked a major transition in Nazi policy, and were, in many ways, harbinger of the “Final Solution.”

On the night of November 9, 1938, throughout Germany the glass windows in Jewish Synagogues, Jewish-owned businesses and many Jewish homes were shattered by Nazi soldiers. Assisting them in the destruction–and the burning, looting, and desecration that followed–were many German police and citizens. That night is now forever know as Kristallnacht, or “The Night of Broken Glass”, and marked the beginning of the systematic violent persecution of the Jews by Nazis. By the end of the war, 6 million Jews had died as a result of the Nazi persecution and death camps.

This exhibition has not been viewed since 2014. The following are a few of the many comments about the memorial at that time:

“I wanted to tell you again what a moving experience it was to walk into St. Austin’s Newman Hall yesterday. You helped people become more aware of what evil can come into this world when we don’t honor and respect our differences.”

“Thank you for all your work to prepare the Kristallnacht memorial, especially allowing for the students to tour and appreciate.”

“I liked it so much I wanted to come back before catching the bus.”

“I like the Torah and the way everything was displayed.”

“You’ve done a very good job of depicting a very horrible and tragic event in a way which invites people to learn more and to sympathize without making them revolted and turn away.”

“The stars depicted the irreverence of the acts in a way that was not irreverent.”

A pastor wrote: “The Kristallnacht experience was – well actually, it’s difficult to find the correct word to describe it. Many people told me that it was wonderful. But then some called it painful. Still others described it as thought-provoking. One person, more poetic than the rest perhaps, said it made her ‘heart hurt’. One young school child simply said, ’it was hard’. I think everyone got something powerful from the experience.”